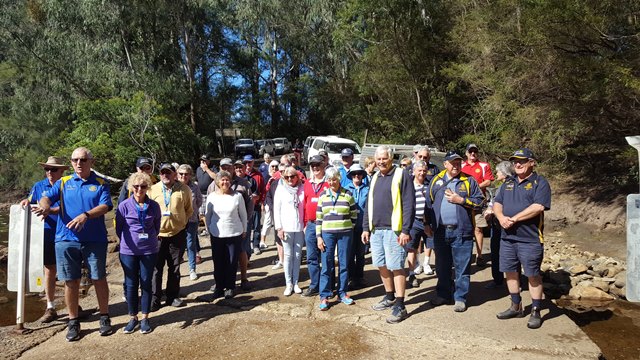 David Ashford from the Rotary Club of Batemans Bay escorted us on a tour through the hills at the back of Nelligen. Here we are at Shallow Crossing on the backwaters of the Clyde River. We saw some wonderful views along the way.

Collette and Peter McArdle have written a report of the National Muster. Click here.

Fifteen members from the Eastern Zone (NSW) of the Recreational Vehicle Fellowship of Rotarians (RVFR) conducted a muster in Coonamble over the Queen’s Birthday weekend. Their aim was to assist the Rotary Club of Coonamble, in District 9650, with their two food vans at the monster rodeo. With a club membership of about twelve and an expected crowd of around 6000 they needed all the help they could get. (click for rest of story) 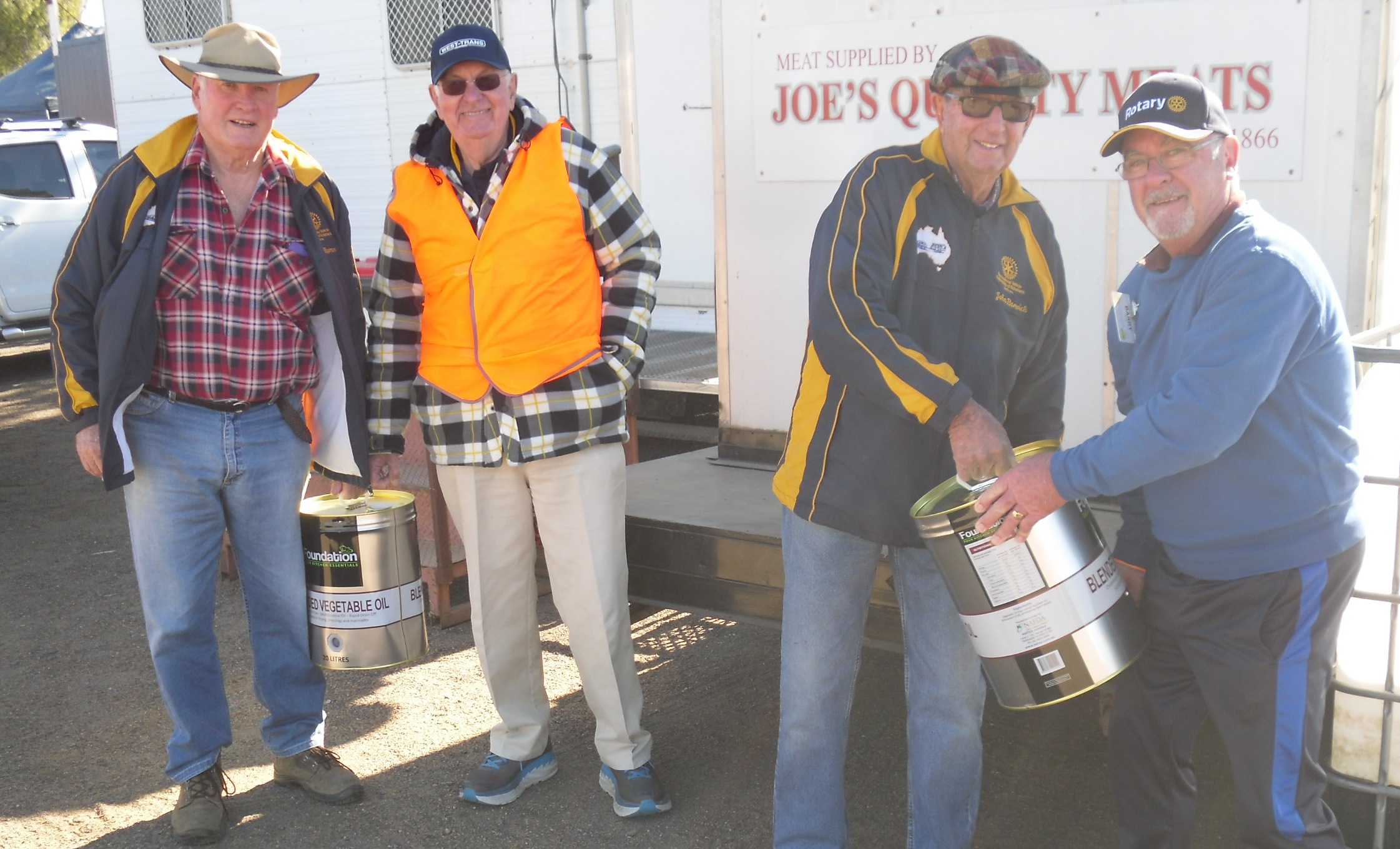 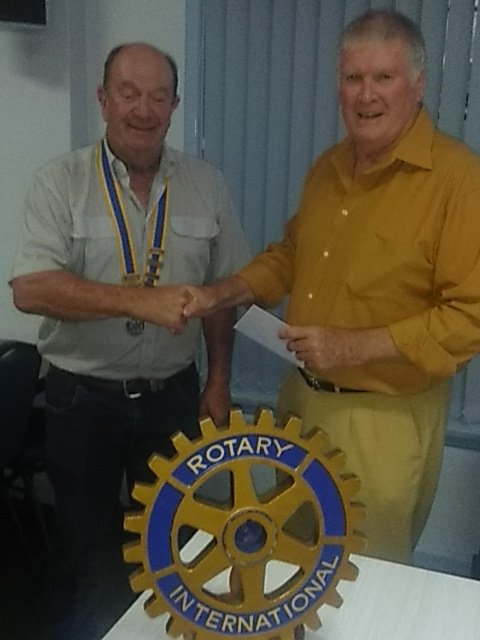 Brian Chapman presenting a cheque to the President of the Rotary Club Tamworth West.

Congratulations Stan and Southern Zone for getting your donation to the farmers in north-west NSW, via the West Tamworth Rotary Club.

And congrats too to Brian and the Tamworth West President for your quick response in getting funds out to needy farmers at this particular time of year. I’m sure your actions will help to make Christmas a lot more enjoyable for quite a few families.

It’s wonderful to see that the Rotary network can be used to deliver help in this way. As individuals, we may not feel we want this kind of publicity but making this donation more widely known may help other Rotarians to use their personal Rotary contacts to offer similar help where needed.

Best wishes for the Christmas season. 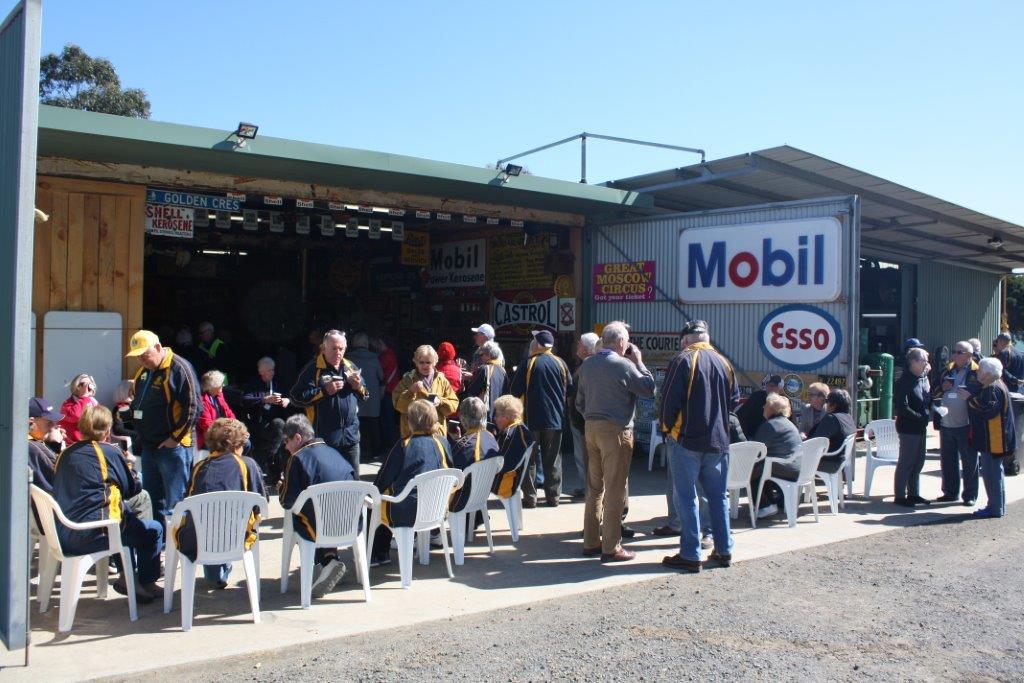 Morning Tea at The Collectors 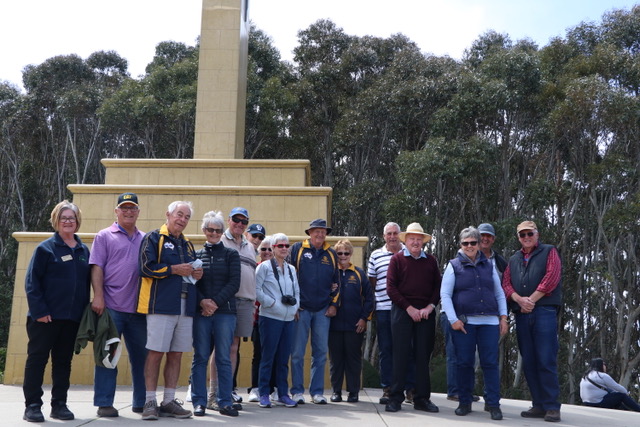 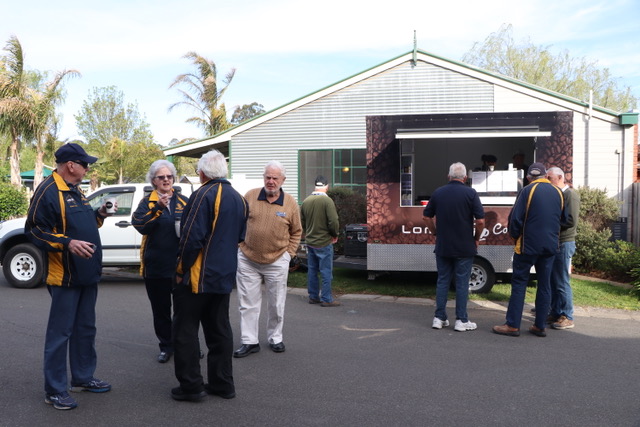 Sunday Morning Coffee (Does anyone know where we are?) 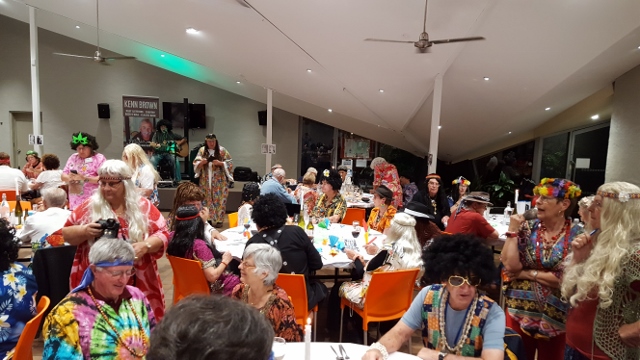 Do you recognise anyone? For Full Report Click Here

The National AGM of the Recreational Vehicles Fellowship of Rotarians (RVFR) held in Tamworth included a dinner with Lucy Haslam as guest speaker.  She captivated her audience, from three States, with her story of courage and persistence to realise Dan’s legacy to us. Dan is the reason for “not for profit” UNITED IN COMPASSION which has established a scientific advisory council. UIC, through education and patient support, hopes to promote Medicinal Cannabis as an acceptable treatment option.  The Hummingbird “symbolises great courage, determination and is a totem of fearlessness and represents lightness of being.  The Hummingbird is a symbol of all things good.”  This logo honours Daniel Haslam.

The RVFR attendees were so impressed with Lucy Haslam, she was invited to return to receive some thousands of dollars, collected among the members and was awarded a Paul Harris Fellowship, a very prestigious honour. 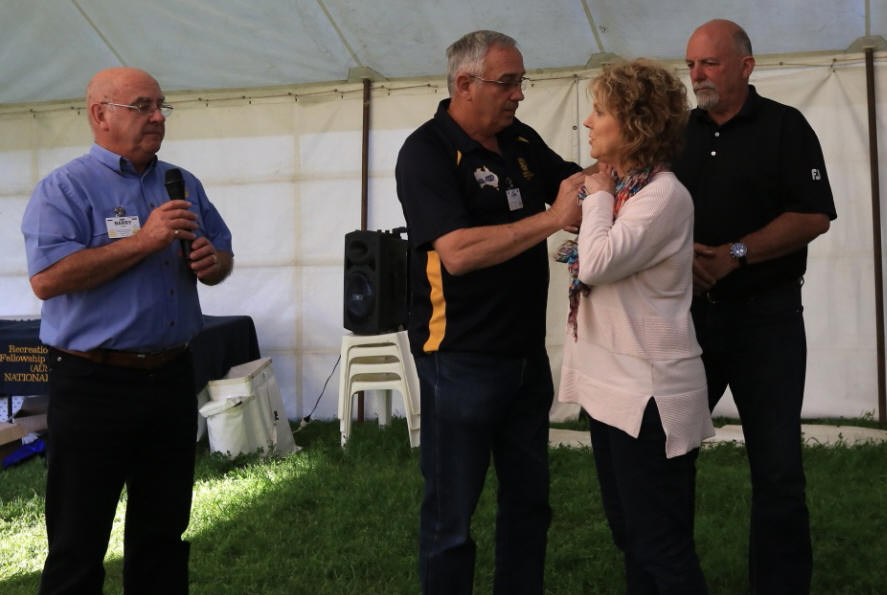 Well here we are in Bathurst at our National Muster. Bathurst incidently are celebrating their 200th Anniversary. A great program has been organised by the Central West Zone, headed up by Boss Drover Brian Burke. Yesterday we headed off to Orange. We all met at the "Two Fat Ladies" Cafe at Lucknow, then headed off on a Tag-Along Tour of Orange, visiting their beautiful Botanic Gardens and A.B. Pattersons bitrh home, which has recently been restored. From there we headed through town to Lake Canobolas for a picnic lunch. We then headed up Mt Canobolas to see the wonderful view of the surrounding country and photo shoot. See photo above.

From there home via Millthorpe where most of us enjoyed a delightful afternoon tea. Everyone seems to be enjoying themselves though one well travelled Rotarian seems to be having trouble with his plumbing. Though with the help of numerous other travellers he seems to be getting on top of it. Ask him about "Gardenias"!

So watch out for more information and photos.

On Friday 30 May 2014 prior to the Rotary International Convention over 100 Rotarians and partners, all members of RVFR or their guests undertook a dinner cruise aboard Captain Cook Cruise's John Cadman. As well as having a wonderful meal we also enjoyed the spectacular Sydney Vivid Lights Display. Sydney's buildings including the Opera House and Harbour bridge and Pylons were illuminated in startling changing colours.

Above is a picture of the Opera House in one of its many transformations with a yacht coming into view, taken by our own member Peter Hamilton.

The Overlander Newsletter gives an overview of all zones and overall programme for all zones. The latest Overlander can be viewed from the Newsletters page.

Apply to become a RVFR member.

Complete the form, scan, then return via email to membership@rvfr-aus.org.au

The Photo Gallery has been revamped.
New photos would be appreciated - please email them to webmaster@rvfr-aus.org.au with a brief description, date and name of photographer.

The Twentieth Anniversary of RVFR (Aust) was celebrated in Sydney on 3 June 2013.